The University Championships opened for us with a preview of the varsity match, as we faced Oxford first. With only three weeks of training and plenty of new additions to the team we had to face the two strongest teams in our group both on the same day. Oxford had the throw off but from the beginning our defence stood strong. Due to long range shooting from Florian and breaking through in the center from Frederick, along with the whole team communicating very well with our line player, Erick, saw the first half close at 11-4.

In the second half we had more of the same: excellent goalkeeping from Sebastian, plenty of fast break opportunities scored by Patrik, Toby and Rickmer and our fast team play and accurate shooting from the back which led to a 24-10 at full time. GDBO! 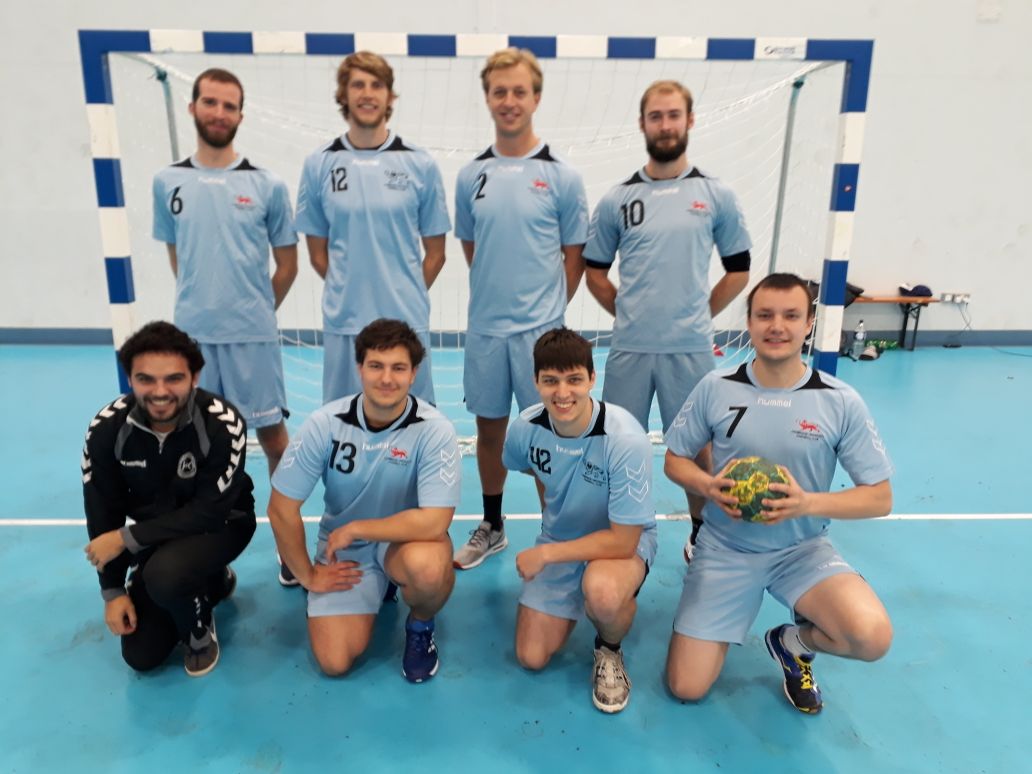 In the first round of the University Championships, the supposedly strongest teams in the southern group 1 clashed – Cambridge and Imperial. Having played already a 40-minute match against Oxford, Cambridge went weakened into the encounter, whereas Imperial had freshly arrived to the south derby with full squad.

The game started with both team displaying strong defences leading to a low-scoring 2-3 for Cambridge 10 minutes into the game. Cambridge called a crucial time-out at this point to change their attacking strategy. Keeping a defence solid as a rock and an offensive play focused on small-group play and movement without the ball led to a comfortable half-time score of 3-9 for the light blues. In this phase it was especially the heavy long-distance artillery by Frederik Bergler and Florian Ströhl as well as the strong parades of Sebastian Veloso that made the difference.

In the second half, Cambridge was punished with several two-minute penalties and a successive red card against the one-man stronghold Andreas Henricson and had to play with as few as three field players at some point. Nevertheless, even with diminished numbers on the pitch Imperial was not able to break through the defence effectively. Cambridge kept scoring through fast breaks by Patrik Gubljak (former Imperial player) and wonderfully executed small group plays between Toby Barber, Florian Ströhl, and Erick Silva. The game was ended by the proficient referees at the final score of 9-23 for Cambridge.

The two victories of the day see Cambridge climb the top of the southern group table with +6 points and an impressive goal difference of 47:19. 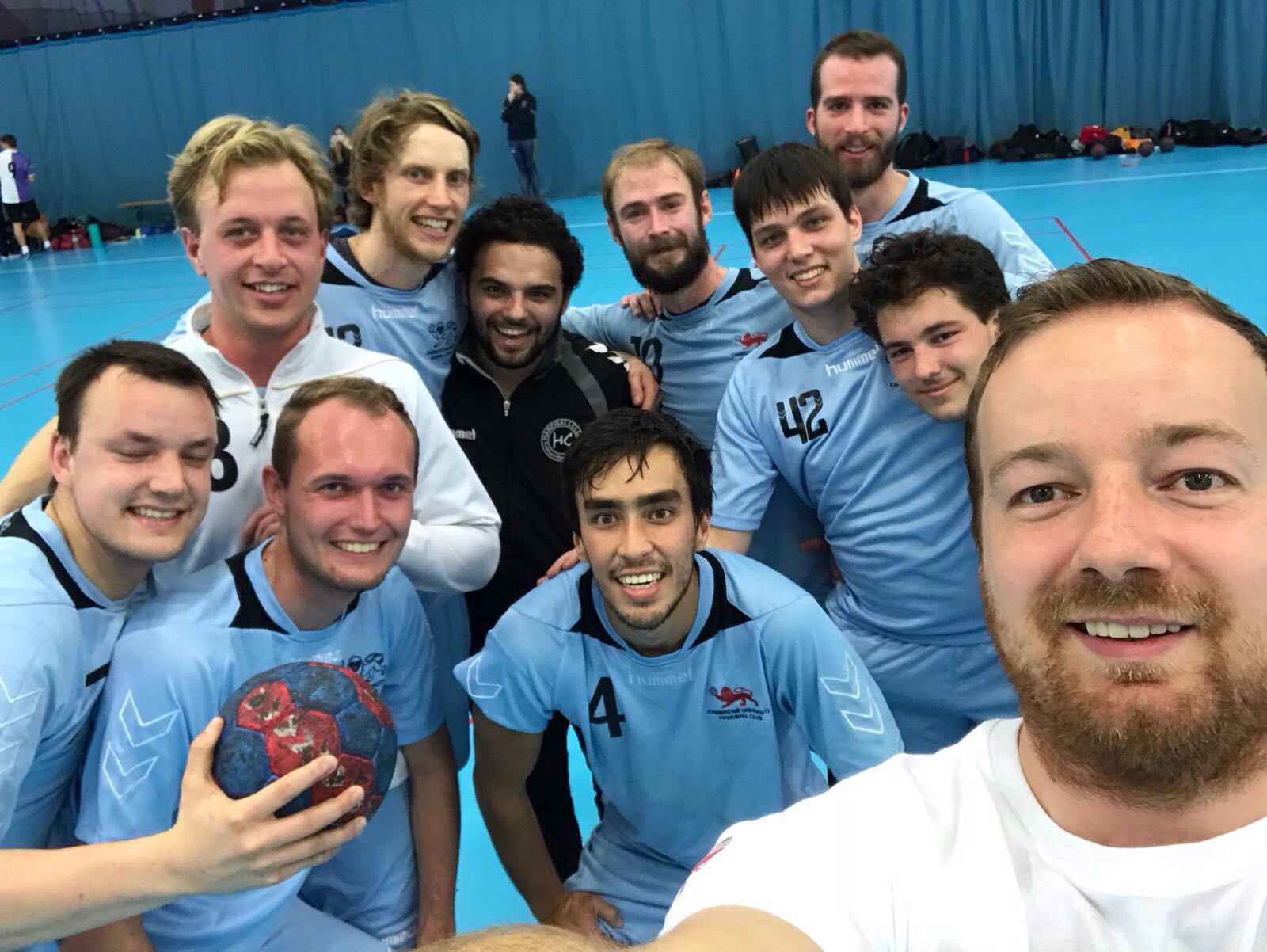 Despite hat the team that we were supposed to play in the first round of the University Championships, Bath 2, had dropped out, we went to London to play a friendly match against Bath 1. Unfortunately, our goalie Claire had fallen ill and a few other girls were injured but we still had 10 players making the trip to London.

Even with many new faces, both to the team and the sport all-together, we set out to try out things, practice our plays and have fun. Garazi took the first half in goal and Alex the second. The first half was a very close encounter, our defence was very sturdy and well-coordinated, tracking back in fast-breaks was excellent and so most shots of Bath came from outside the 9m. We also had quite a few fast-breaks featuring Becci and Alex and excellent wing shots from Louise which led to a very well fought 8-9 at the break.

The second half saw us practicing more plays and trying to build the speed of the ball with crosses which led to break-throughs from Becci, Garazi and Georgia. However, the new things we tried in attack led to some mistakes which launched Bath on fast-breaks leading to them pulling away towards the end to finish 12-20.

We had a lot of fun (even in goal), learned a great deal about the sport and our own team alike and we are very excited for the matches to come!